Combining his passion for helping people with his interest in how the body works, Stephen decided to return to education at the height of the recession in early 2009. He also realised there was a huge need in Navan town for a therapist who could get to the root cause of people’s pain. In his clinic he treats many people with a wide range of ailments: from babies who suffer from reflux and colic to sports people, manual and office workers, pre and post pregnancy pains and age-related pains such as arthritis and osteoporosis. His youngest patient is two weeks old and his oldest is ninety-six years of age. Stephen says “Osteopathy is for everybody”.

Stephen has represented Ireland at international level in handball while in college and holds many medals for athletics, winning the 800 meters all-Ireland finals at underage. He also played GAA for both Kilmainhamwood and Nobber GFC and had a brief spell with Meath at minor level. Navan, Dunshaughlin, Kingscourt, Cormeen, Kells, and Bohermeen Athletic Club members all avail of Stephen’s services, as do the Nobber, Kilmainhamwood, Simonstown, Navan O’mahoneys, Wolfe Tones, Kingscourt, Duleek, Saint Vincent’s, Rathkenny and Dunderry football and hurling club members as well as members of the Walterstown and Dunsany ladies GAA clubs. He also provides services to members of the Carnaross Operation Transformation group, the ‘Active Retirement’ group, and ‘Irish Country Women’s Association Groups’ based in Curraha, Navan, Kells, Moynalty, Bective and Dunsany. 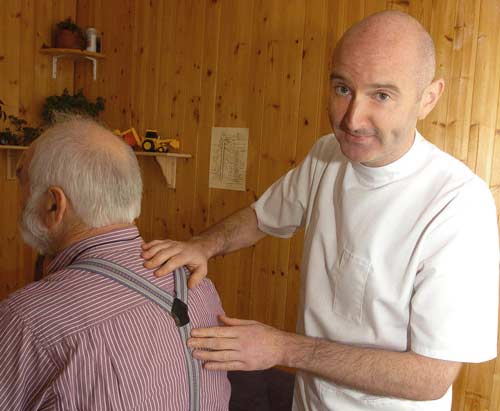 My name is John and I trained for five years at the world famous British School of Osteopathy where I was awarded a Master’s in Osteopathy.

I gained a wealth of experience treating sports people with muscle strains, office and construction workers with neck and back pain and the elderly with age related conditions.

I hold a diploma in sports massage from the London School of sports massage which I include in my treatments along with dry needling if necessary. I also like to include a special relaxation technique during my treatments which helps people destress and improve their mood.

I am from County Longford and married with three children. Treating sports people comes naturally to me. Having come from a strong sporting background I represented Longford in GAA at county level from schoolboy up to the inter-county senior panel.

I also played Basketball at National league level. I like to relax by meditating and like to practice what I preach by keeping a good diet and maintain fitness levels through walking and swimming.

I am passionate about my profession and treat a range of issues including back pain, neck pain, shoulder hip and knee pain.

Helping patients return to what they enjoy doing is my goal and I thoroughly enjoy the process of guiding and advising each patient along their journey to recovery.

Osteopathy is the gold standard when it comes to relieving pain.
I look forward to seeing you at our clinic soon. 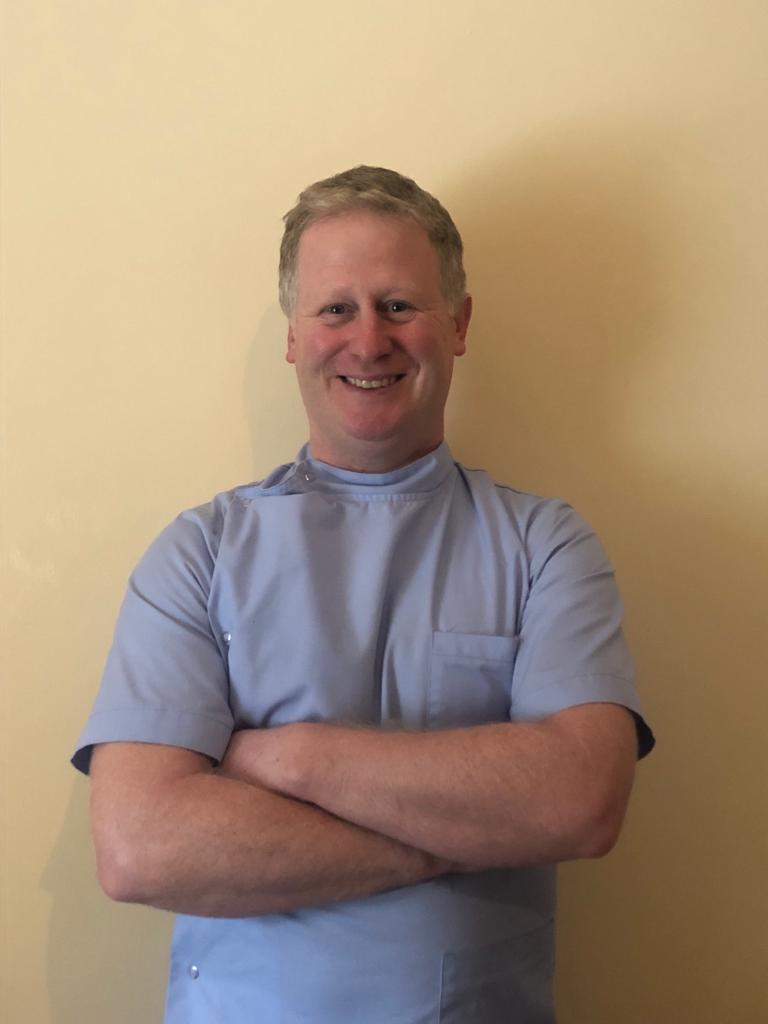 Calm the mind, nourish the body and heal the soul

I am an Integrative Counsellor and Psychotherapist with over ten years’ experience counselling children, adolescents and adults. The people I work with typically experience distress as a result of past experiences or new challenges.

Using my training in CBT, Psychotherapy, Play Therapy and Trauma Sensitive Yoga we work together to create an individualised treatment plan for you. This plan aims to help you understand the impact past events and relationships have had on you and, supports you to develop meaningful and healthy ways of living in the present. My clinic is based in Navan, Co. Meath. I also work in schools across Meath and Dublin.

For some people attending in a clinic for sessions can be difficult, please contact me for alternative treatment options. Online and Skype sessions are also available. 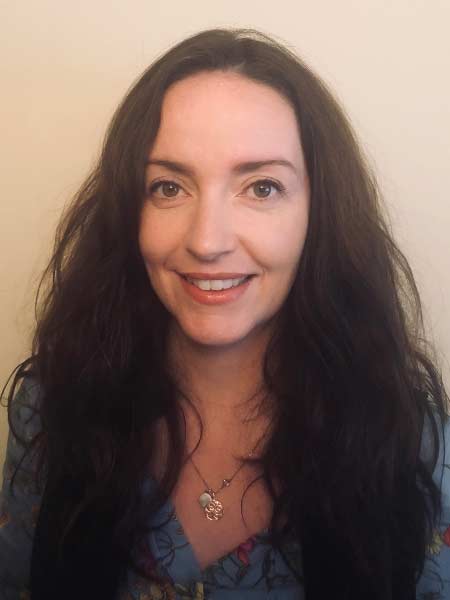 Noel Trim
Be pain free does what it says. I went in with chronic pain in my hips and after the second session with John I was pain-free. It was like a miracle! I had my doubts and was going to give it a number of sessions to see if it would change anything. But it worked. Thank you so much. Changed my life.

David Fitzpatrick
I would highly recommend Be Pain Free clinic. After being involved in a car crash I was going through bad back pain at a young age. After visiting Stephen and John I am now pain free. I could bend down and touch my toes (without feeling pain in the lower back) in the first time in a while. Would highly recommend.

Niamh Concannon
I brought my 12 year old here with headaches and hip pain, after 3 sessions with John there's no more headaches and he is back at the football better than ever. I would highly recommend Stephen & John.

Simona Motuzaitė
I would highly recommend Be Pain Free Clinic. I had a severe back pain and I received extremely professional and helpful treatment. After three treatment sessions my back is much improved.

Patricia craughan
I have been attending John for the last number of weeks and can say it is the first time in months I am pain-free.Many Thanks Bepainfree Excellent

patricia maguire
Be pain free, it dose exactly that. I went to see Stephen & John as I was in so much pain from a fall. Stephen slotted me in and my god the relief I got from one vist, it was amazing. I went back the next day for another session. I was able to climb the stairs and actually walk without pain. They are amazing lad's well worth the money and would highly recommend to anyone.

Ryan Hayes
Working as a healthcare worker over the last year my anxiety, like many others had increased and found myself having more migraines that usual. Since attending Stephen I haven't had a migraine, and I am more aware of the links between them and possible food triggers and find myself consciously correcting my posture. I didn't realise how much Osteopathy could help with anxiety. But thanks to Stephen I feel back to myself again. He's given me tips and knowledge when it comes to foods that can heighten anxiety. He'll give you the blocks and tools but it's up to you to build the tower. Highly recommend Stephen for any pain or if your just not feeling right give it a shot.

Sinead Jeacle
I booked in with Stephen McDermot (Be Pain Free) after my Dexa Scan showed that I have Osteoporosis in my spine. Stephen has over the course of a few months managed to help straighten the curve in my lower back and give me more flexibility than I’ve had for years. I would highly recommend Stephen for anyone with any back or joint pain/issues.

We use cookies to ensure that we give you the best experience on our website. If you continue to use this site we will assume that you are happy with it.
By clicking “Accept”, you consent to the use of ALL the cookies.

But opting out of some of these cookies may have an effect on your browsing experience.
Necessary Always Enabled
Necessary cookies are absolutely essential for the website to function properly. These cookies ensure basic functionalities and security features of the website, anonymously.
Functional
Functional cookies help to perform certain functionalities like sharing the content of the website on social media platforms, collect feedbacks, and other third-party features.
Performance
Performance cookies are used to understand and analyze the key performance indexes of the website which helps in delivering a better user experience for the visitors.
Analytics
Analytical cookies are used to understand how visitors interact with the website. These cookies help provide information on metrics the number of visitors, bounce rate, traffic source, etc.
Advertisement
Advertisement cookies are used to provide visitors with relevant ads and marketing campaigns. These cookies track visitors across websites and collect information to provide customized ads.
Others
Other uncategorized cookies are those that are being analyzed and have not been classified into a category as yet.
Save & Accept
Powered by